To control the static portions of our display (the portions of the display that don’t ‘react’ to music), we rely on Z-Wave technology. Z-Wave is a system that sends lighting commands over the air, so you don’t need special wiring. Z-Wave controllers send commands to modules, which can be built-in lights switches or outlets, or plug-in modules, and these devices actually switch the lights or appliances on and off. 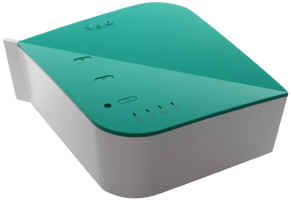 We use a controller called the Vera Lite. The Z-Wave system is pretty reliable – each device can repeat the commands so that they can reach devices out of range of the controller, and once the proper device gets the command, it sends back an acknowledgement. The controller will try several times if it does not receive this acknowledgement in time. Although our Light-O-Rama software which controlls the display doesn’t directly support Z-Wave, it does support the use of generic command-line scripts, and we use these to tell Vera to turn the static portion of the display on and off.

Outside of the Christmas season we use the Z-Wave system (as well as some others such as Apple HomeKit) to control landscape lighting, and several fountains during the summer months outside, as well as a good number of indoor lights and outlets as well. We’ve been very pleased with the system since starting to use it in Spring of 2014.

Prior to the 2014 season, we used a system called X-10. which sends control commands across the power line. Like Z-Wave, a controller sends commands to modules or special outlets which can control lights or other devices. The advantage of X-10 is that it’s a relatively cheap system. The main disadvantage is it’s an old technology, dating to the 1970s, and can be pretty unreliable. we first started using X-10 for the 2002 season, when we replaced our old “army” of standalone timers with an X-10 based system. The standalone timers worked well when the display was smaller, but as we grew, and needed to add more and more timers, they were very hard to keep in sync. We like the display to turn on and off at the same time, so that viewers can see the entire light show, and not just portions of it on at any given time.

Although this is a behind-the-scenes display feature, it helps us to run the display more efficiently and professionally, as well as allows us to automatically run the lights longer on weekends than on weeknights (or any other combination we want).